Mangroves are coastal forests and important ecosystems that play a critical role in supporting biodiversity, protecting coasts from erosion and storms, providing food and medicine, and supporting local livelihoods. Mangroves also have an incredible ability to act as “blue carbon” reservoirs, removing carbon from our atmosphere and oceans and storing it in plants and sediment. Smithsonian scientists are working to protect mangroves by quantifying their role in climate mitigation and training scientists, students, and volunteers to monitor and protect these vital forests. 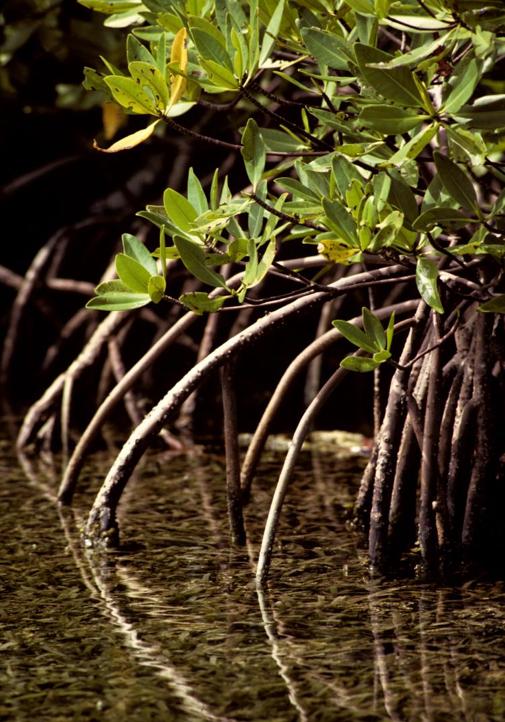 Mangrove ecosystems are home to diverse bird and marine life and support human well-being and the health of the planet. They produce seafood, fruits, medicines, fiber, and wood. With dense webs of tangled branches, mangroves form natural barriers that help protect fragile coastlines and communities from coastal storms and tsunamis. They improve water quality by filtering runoff and polluted waters. And they protect the climate by absorbing carbon dioxide and reducing the amount of greenhouse gas.

Worldwide, mangroves are under significant stress due to industrial activity, growth of settlements, climate change, and the spread of aquaculture. Since the mid-1980’s, at least 35 percent of the world’s mangroves have been destroyed, a rate of loss that exceeds the disappearance of tropical rainforests.

According to the International Union for Conservation of Nature (IUCN), 1 in 6 mangrove species worldwide is in danger of extinction, from coastal development, logging and agriculture, and the consequences of climate change. As the climate changes, storm severity is predicted to increase, which will increase coastal erosion and threaten coastal settlements.

In 2013, Pat collaborated with other experts in marsh, mangrove and seagrass ecosystems, Abu Dhabi’s Ministry of Environment, and the International Organization UNEP/GRID-Arendal to quantify the amount of carbon stored in coastal ecosystems near Abu Dhabi. The project included training for government scientists and student volunteers who learned techniques to collect plant and soil samples, to analyze samples for carbon content, and to use these measurements to calculate the total amount of carbon stored over a larger area. 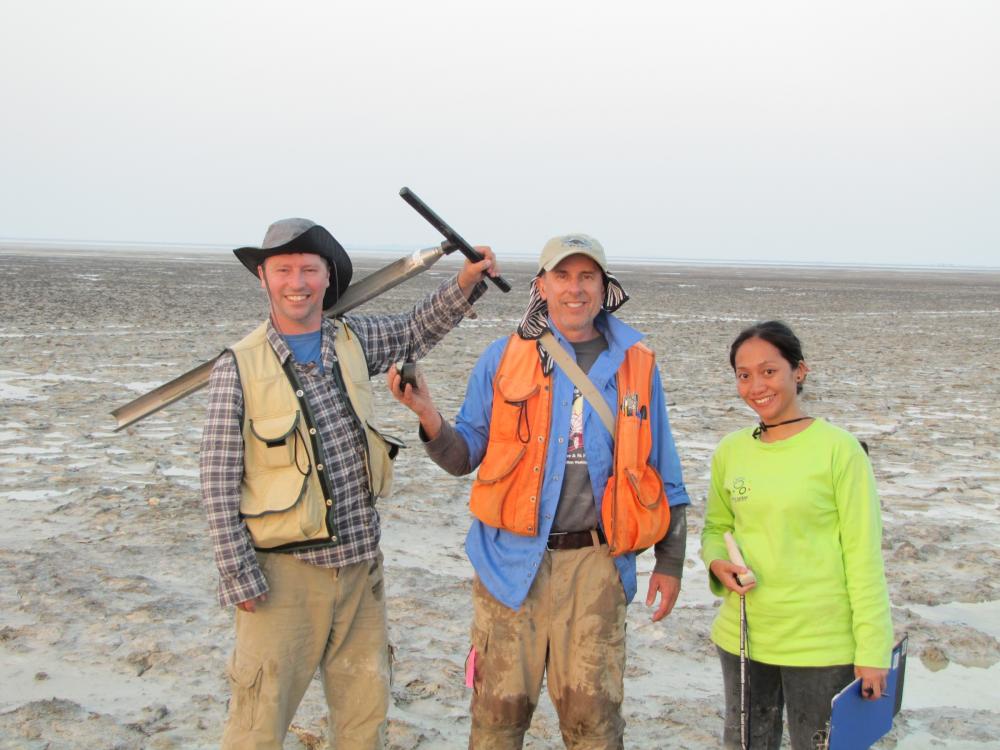 Abu Dhabi has an interest in preserving its coastal ecosystems, especially mangroves. As a major oil producer, growing awareness of the coasts’ ability to sequester carbon gave them an added incentive. “They’re interested in blue carbon ecosystems as part of their energy economy, and are intrigued by the idea that this can contribute to their efforts to be, at least as a country, carbon neutral,” says Pat. While Abu Dhabi has a long way to go towards carbon neutrality, the data Megonigal is analyzing will help to create a roadmap. 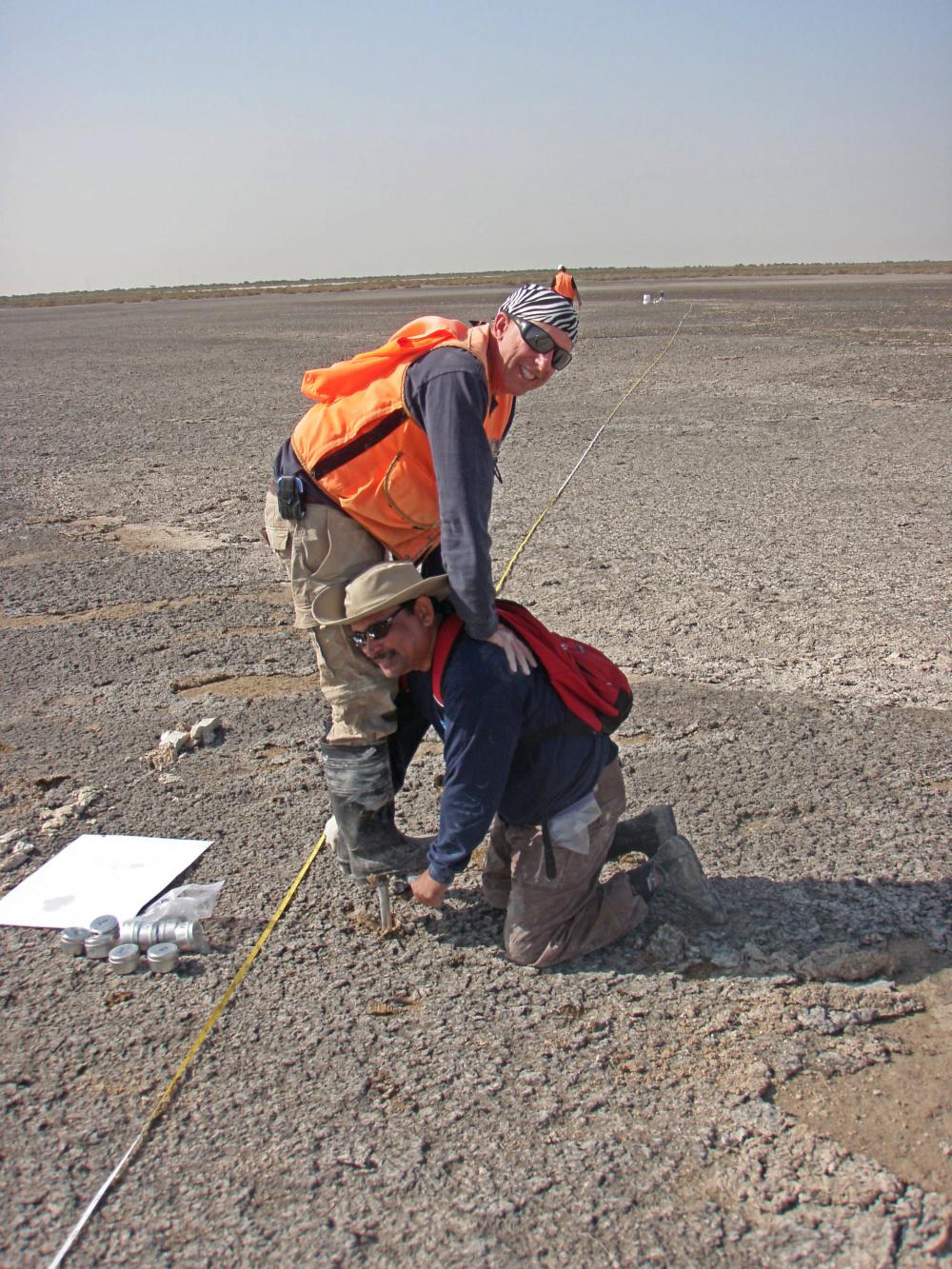 As in other regions, mangroves in Abu Dhabi are sometimes impacted by human activities, but Pat observed the government has been planting mangroves since the 1950s and is presently planting new mangroves over large areas. He hopes that ongoing collaboration in the UAE will raise the profile of coastal ecosystems in the Middle East and build the political will needed to protect mangroves. Ultimately, conservation of these coastal “blue carbon” vegetation systems will have a range of benefits to climate, fisheries, tourism, biodiversity, and communities. 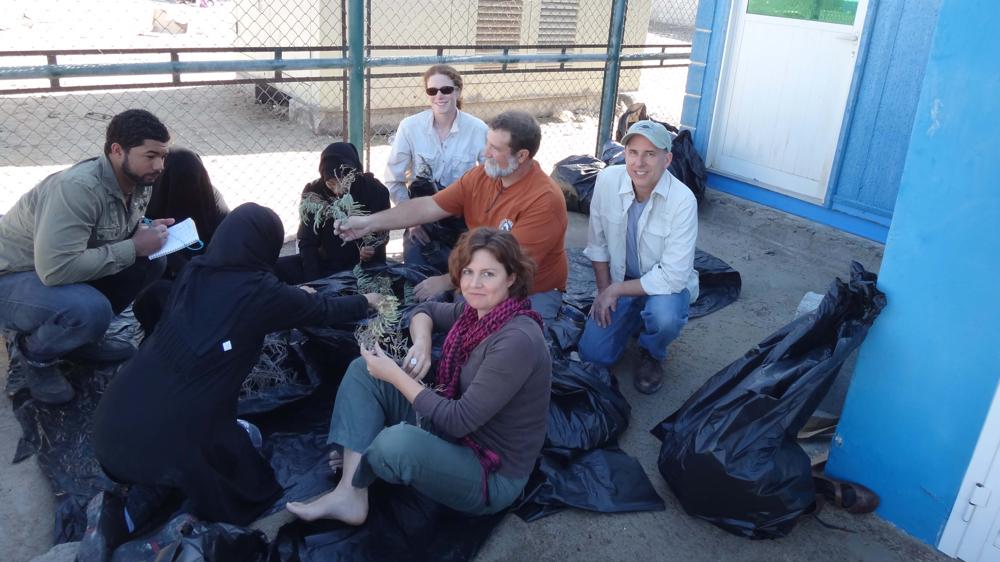 Smithsonian scientists are working to advocate for mangrove conservation by quantifying the role these coastal forests play in climate mitigation.