At the end of Karina Zepeda’s third year teaching a new unit on electronics to her fifth graders, they surprised her by telling her they weren’t interested in building the same kind of flashlight her previous classes had. No, they told her, they wanted to bring in broken electronics from home and see if they could build something … bigger.

So they did. Fanning out to their neighborhoods in Mexico City, Zepeda’s students gleaned broken video game consoles, radios, toasters—anything with a plug that no longer worked. Bringing them back to her classroom, Zepeda’s students gutted their finds, harvesting circuit boards, electronics, LEDs and sensors, and proceeded to use what they’d learned about circuits in her classroom that year to build a fully functional soda-dispensing machine “that worked even better than anything you’d find in McDonalds,” Zepeda said. 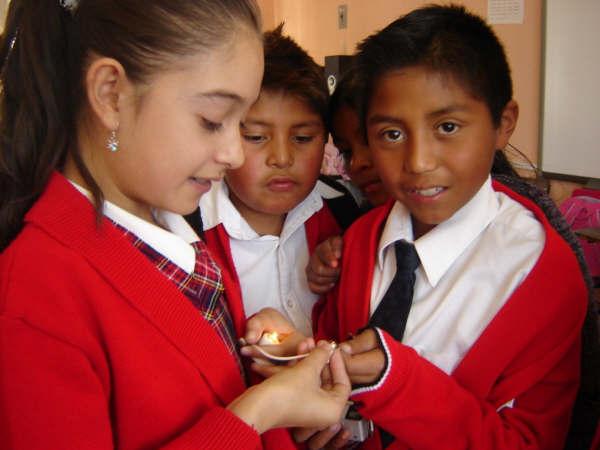 The unit on electric circuits for Mexican fifth-graders involves building a demonstration project—as this lightbulb circuit demonstrates. The electronics unit is part of a series of Smithsonian-developed science lessons. Credit: Juan Carlos Andrade

And as an encore for a school talent show later that year, the students put together a couple of electric guitars and performed a song for their classmates. Inspired by this new approach to science learning, they adapted the tune “La Plagas” by Mexican pop artist Alejandra Guzman to sing about their lessons.

The students could have easily had the same lessons from a book. But instead of rote learning and memorization, the students were active participants in dynamic, collaborative lessons that used real, live-wire circuitry. These lessons exposed them to new ideas and concepts, spurring them to ask a great many questions, to think critically, and ultimately, literally build on what they’d learned.

Developed by the Smithsonian Science Education Center (SSEC) , the curriculum, teacher training, assessments, and materials used for lessons were specially adapted for use in Mexico’s schools. Smaller-scale programs using Smithsonian-developed science curriculum have also been deployed in Chile, Germany, and Sweden.

Dubbed LASER (Leadership and Assistance for Science Education Reform), the approach was first piloted in the country in 1995 as a program of the US-Mexico Foundation for Science (FUMEC). Today, the education nonprofit Innovación en la Enseñanza de la Ciencia (INNOVEC, spun out of FUMEC in 2002) has trained more than 30,000 teachers in 11 states to use units from the curriculum. To date, nearly 500,000 Mexican schoolchildren have benefited from the LASER approach. “The work of INNOVEC is fundamentally changing how science is taught, learned, and thought about in schools throughout Mexico. INNOVEC’s commitment to the LASER model and supporting teachers through high-quality professional development will impact students for generations to come,” says Carol O'Donnell, Director of the Smithsonian Science Education Center. 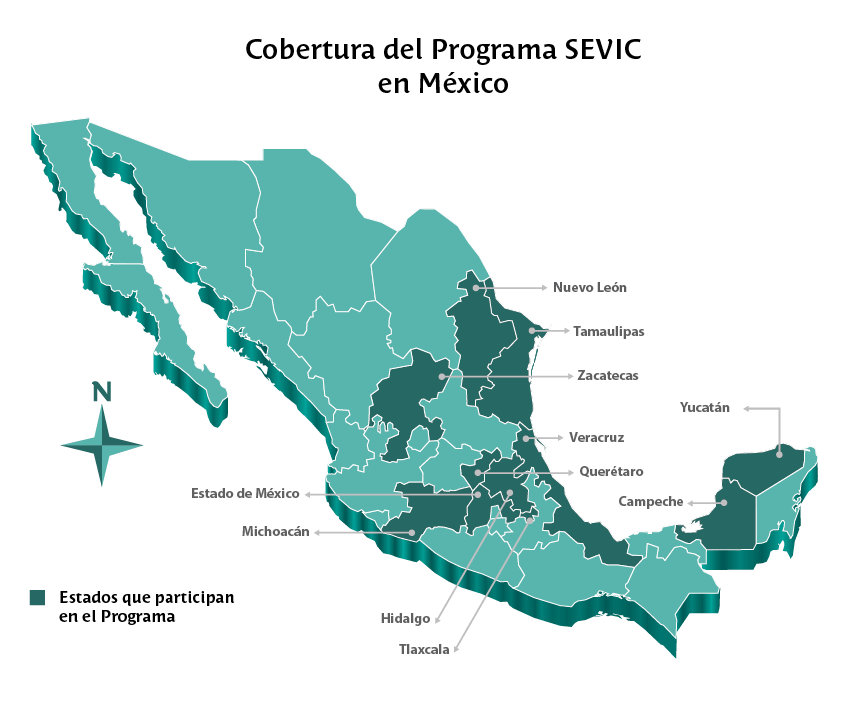 Since its first launched as a pilot program in two Mexican states in 1995, SSEC curriculum is now being used in 11 states, reaching 500,000 students every year. Courtesy: INNOVEC

“There are huge differences in their behavior now,” Zepeda said. “Students this age are always asking questions, but now they require evidence. They’re not so easily convinced anymore! It’s challenging, but wonderful that they don’t just take the first claim their teachers give them.”

Lessons are strongly participatory, with students manipulating a variety of physical objects and matter. Second-graders work with caterpillars for a unit on butterfly life cycles, while third-graders study plant growth and development with live plants. Magnifying glasses, microscopes, gauges, thermometers, test tubes and electronic scales rotate in and out of use in lessons on ecosystems, food chemistry, balancing and weighing, and studies of the human body. 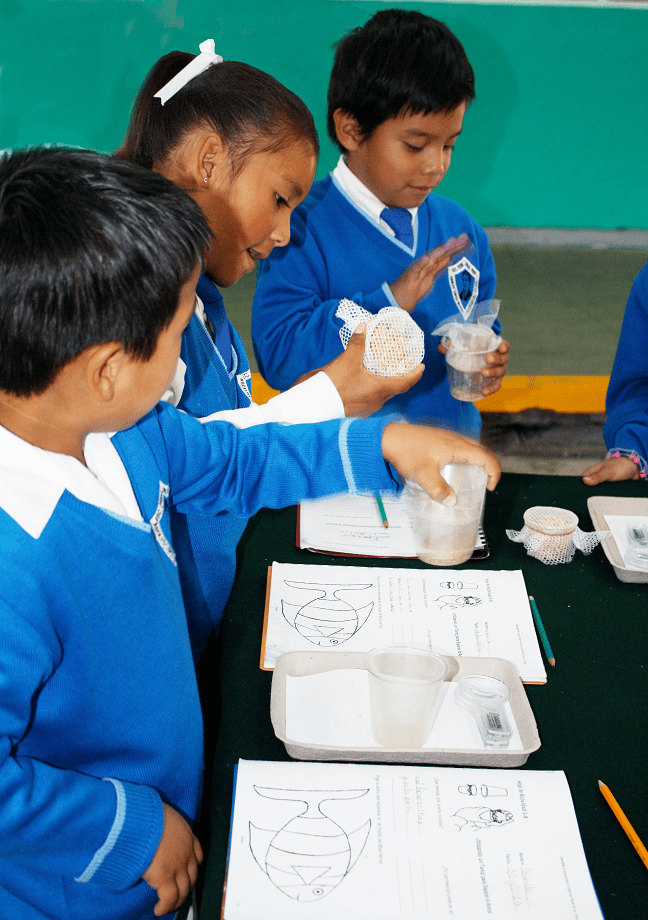 Elementary and middle schools across Mexico use 14 different curriculum units developed by Smithsonian science educators. Subjects range from animal studies, as these students are investigating, to food chemistry and plate tectonics. Credit: INNOVEC

Additionally, exit tests given to sixth-graders from four schools who had participated in several of the SSEC units have shown a higher capacity for critical thinking, communication and ethics. These classroom assessments have been a crucial piece that have helped the program gain traction and support from teachers and school communities—and gain financial support. Proof of the program’s effectiveness has prompted fiscal support from corporate funders as well as a fundraising match from the Mexican Ministry of Education. INNOVEC is working to expand evaluations to the school and district level.

“We are creating a stronger motivation in teachers and in students for science,” said Juan Carlos Andrade, a biologist, science educator and lead program coordinator with INNOVEC. “This is more than science education—it’s about education itself. Science education is just a vehicle for providing a higher quality education in general.”

The LASER approach is more than just research-based, inquiry-driven curriculum; its success relies fundamentally upon teachers’ own comfort with using materials and teaching concepts with which they may not be completely comfortable. And that comes down to training—and shifting attitudes about science.

“It’s unacceptable anywhere to be illiterate, but we do not hold science literacy in the same esteem,” said Amy D’Amico, SSEC’s director of professional services. “In elementary teacher preparation programs, science teaching might be a single, three-credit-hour course. Elementary teachers aren’t prepared to focus on science as much.”

Andrade has worked closely with D’Amico and SSEC program specialist Katherine Pedersen Blanchard, with periodic workshops in the United States and Mexico. INNOVEC has adopted the SSEC’s model to “train the trainer.” Veterans of previous training programs and teachers currently using the SSEC curriculum are invited to these sessions to teach other educators and administrators about the LASER approach and how to use it. INNOVEC is also looking to begin offering online courses to reach teachers for whom long-distance travel is difficult or impossible.

Teachers in Mexican schools using a Smithsonian-developed science curriculum participate in hands-on training workshops designed to get them comfortable with handling sometimes unfamiliar materials and tools they’ll need for their lessons. Credit: INNOVEC

It can be challenging, D’Amico said, to bring a whole new pedagogy to teachers, and ask them to handle new materials, and trust their students with equipment like microscopes. And, not only that, but to also have a certain level of comfort with not always knowing the answers their students will be asking. That’s a key aspect of the “inquiry-based” learning process—and keeping young learners engaged and interested in science from an early age is a critical part of keeping those options open to them as they progress through school.

“It’s impossible to know what the workforce of the future will look like for today’s kindergarteners,” D’Amico added. “But the soft skills that come from practice-based STEM education, where you are able to persist and thrive in collaborative situations and have productive failures, those are what businesses are looking for, not that you can recite all the elements of the periodic table.” 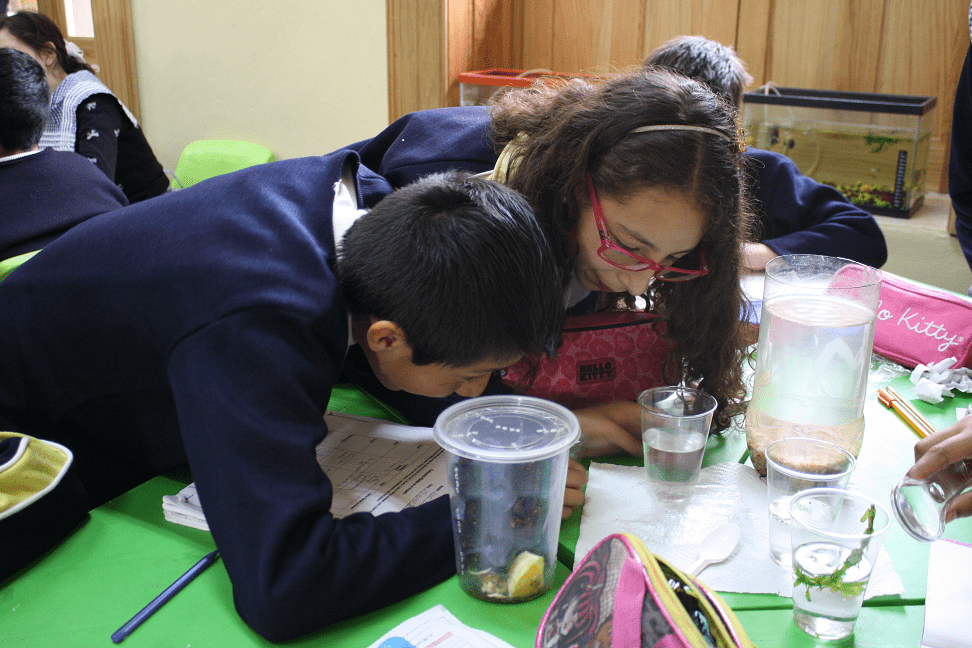 Developed by the Smithsonian Science Education Center, students use materials that have been adapted for use in Mexican classrooms through close collaboration with the science education nonprofit INNOVEC. Credit: INNOVEC

Guillermo Fernandez, FUMEC’s executive director and INNOVEC board member and advisor, has been central to the decades-long effort to shift approaches and thinking around science education in Mexico. He helped coordinate the original pilot programs in the states of Veracruz and Querétaro, through what was then called the National Science Resources Center (NSRC) and in 2013 renamed as SSEC.

In Mexico, he said, science is perceived as something that is generally helpful and positive: most people can point to something like cell phones or medicine and understand that science played a role in its development. But the average citizen doesn’t have a clear idea how that process takes place. Part of the reason for that is that in Mexico broadly, the major challenge has been getting education to more children, with a focus on math and language.

“It’s only recently that a lot more emphasis has been on the quality of the education that these children are getting, and of course science is part of that,” Fernandez said. “And it’s not just scientific knowledge, but the thinking skills, attitudes, respect for others, collaboration and building something together that has meaning – all of these will be very important for Mexico’s future.”

It’s not just the future they can see for themselves, added Fernandez, but that they are overall more self-assured as a student. “Very often here, the children will say of themselves, if they studied but can’t remember anything, I’m a burro, a donkey,” Fernandez said. “If kids think of themselves as burros, that means they’re not sure of their capacity to learn. The LASER approach opens the door to them for any kind of activity, with an interest in finding out the essence of a thing, and how to solve problems with the best possible tools and support.” 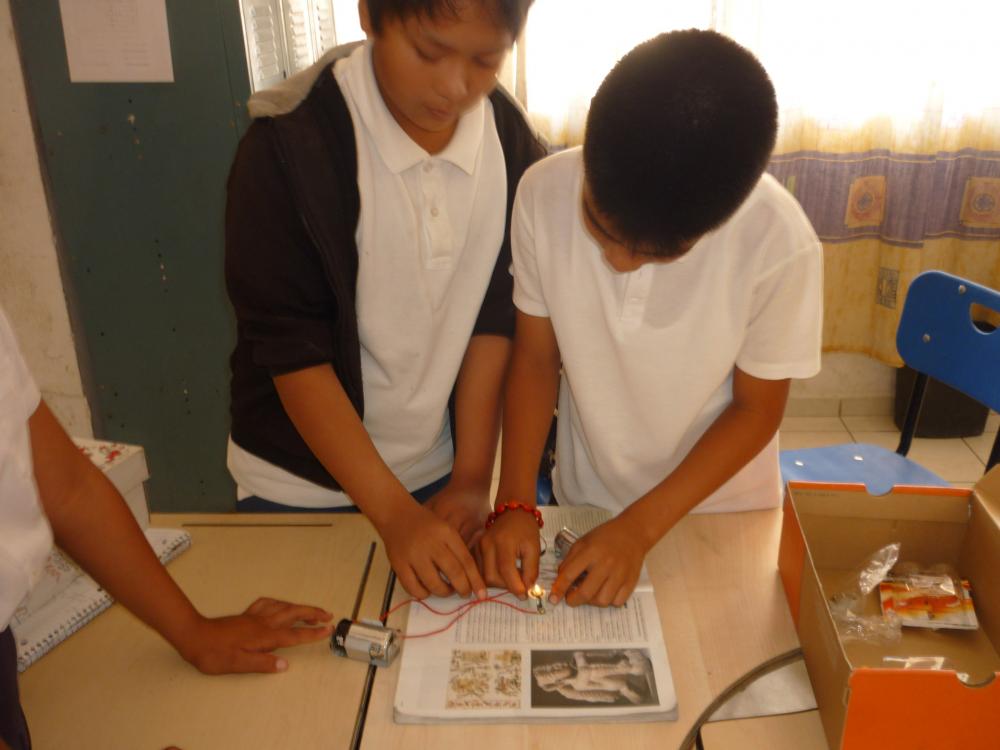 The electronics unit is part of a series of Smithsonian-developed science lessons in use across the country designed to give students real-world experience with science concepts and principles. Credit: Juan Carlos Andrade.

As Andrade, who translated the interview with Karina Zepeda, recounted her story about her fifth graders building the soda machine and electric guitars, he paused for a long moment. He apologized, overcome with emotion.

“It is wonderful to me to hear this,” he finally said. “I’ve been an educator for so many years, but to hear what kind of a difference this approach to science is making for Karina, makes me feel such joy. It’s so meaningful that she has that motivation and that excitement, even with all the challenges and the high goals. Her students are able to advance, and go beyond, no matter their backgrounds or capabilities.”

Katherine Pedersen Blanchard works in the Professional Services division of the Smithsonian Science Education Center where she manages and supports a variety of programs.

With support from the Smithsonian Science Education Center, a hands-on approach to science education in Mexico aimed at the country’s youngest learners has them asking more questions than ever.