An international team of scientists, environmental consultants, local Maasai landholders, and engineers
At Olorgesailie, Kenya, the team drilled up to 166 meters below ground to recover 3-meter segments of core dating to the past several hundred thousand years
This long climate core preserves a complete, high-precision record of rainfall, temperature, vegetation, and environmental stresses over the past 700,000 years
These core samples hold clues to the specific environmental conditions and critical transitions involved in the origin and evolution of early humans
LOCATION(S): Kenya
Topics: Changements planétaires

In 2012, a team from the Smithsonian’s Human Origins Program, led by paleoanthropologist Rick Potts, obtained the first long climate core from an early human fossil site. An international team of scientists, environmental consultants, local Maasai landholders, and engineers drilled up to 166 meters below ground to recover 3-meter segments of core that preserve evidence of ancient environments from more than half a million years ago.

The project goal was to obtain this climate core from the prehistoric site of Olorgesailie, located in the southern Kenya Rift Valley. Previous excavations there documented fundamental changes in the behavior of our early human ancestors over the past 700,000 years. By drilling deep into the earth, the team was able to recover sediment layers underground that preserve a complete, high-precision record of rainfall, temperature, vegetation, and environmental stresses – and how these changed over time – during the critical transitions involved in the origin and evolution of early humans.

The project was a collaboration with the National Museums of Kenya; local Maasai landholders of the Oldonyo Nyokie Group Ranch; Drilling and Prospecting International; Earthview Geoconsultants; Drilling, Observation, and Sampling of Earth’s Continental Crust (DOSECC) and DOSECC Exploration Services; the University of Minnesota’s LacCore: National Lacustrine Core Facility; and a Kenyan site team. The core now resides permanently at the international lake core facility, LacCore, at the University of Minnesota, Minneapolis, and is the subject of multiple ongoing analyses. 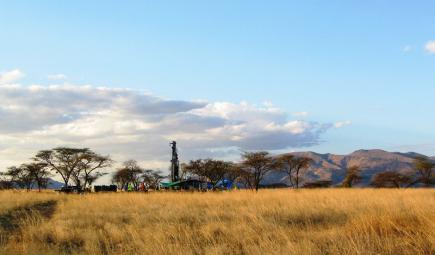 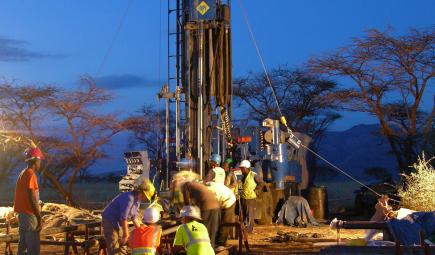 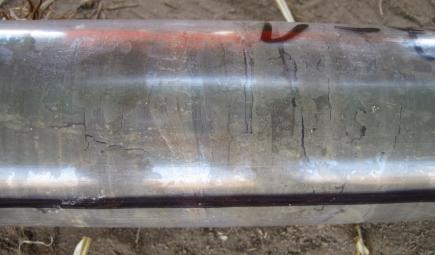 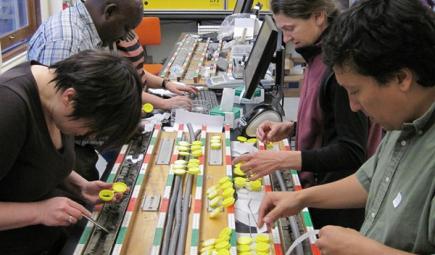 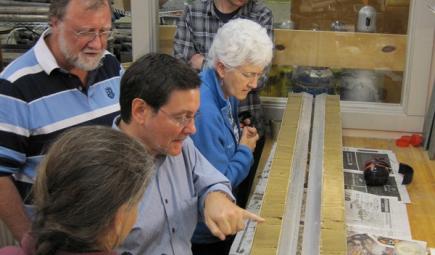